Lägenhet | Strandgaarden is an old picturesque well preserved 18th century farm. Situated in the center of Sandvig, a village nestling at the foot of Hammerknuden by the Baltic Sea.

Strandgaarden is converted into 7 cosy holiday flats ranging in size from 35 - 76 m² suitable for 1 - 6 persons.

Strandgaarden was originally a farm from 1783 until 1965. The conversion of the old farm buildings to 7 holiday flats has been done with respect for the original building style and preserving an old fashioned charm.
All of the flats have separate bathrooms and fully equipped kitchens with enough cutlery and dining service for the number of guests they are advertised for. Each flat has a radio and satellite television (Astra)
One flat has an entrance directly to Strandgade. The others have entrances onto the old cobblestoned courtyard with either separate seaview patios or direct acces through the garden to Sandvig Beach.
The farm has a large beatifully laid garden with an open air grill for the use of Strandgaardens guests.

Sandvig is a cosy village renowned for old well preserved timbered houses. The village has a small harbour, a variety of restaurants and small galleries.

Sandvig is a good starting point for walking tours on North Bornholm. There are a great variety of natural scenic paths and old rescue paths over the cliffs of Hammerknuden to Sæne (Hammer harbour) and the ruins of Hammershus in west. 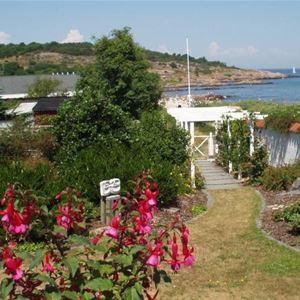 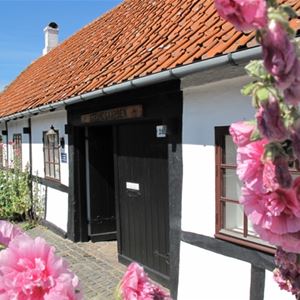 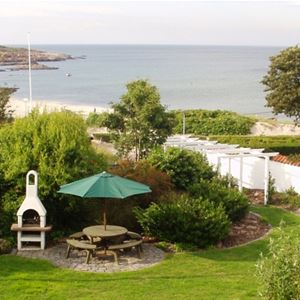 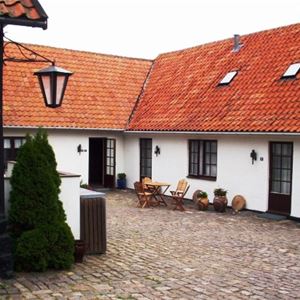 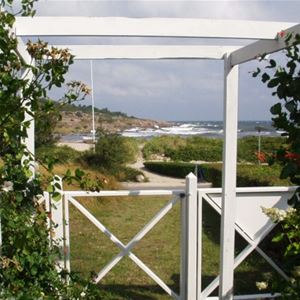 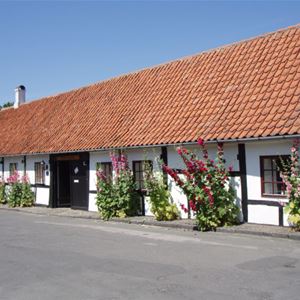 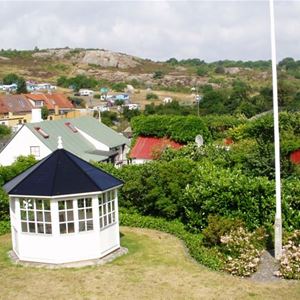 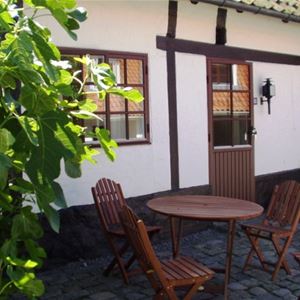